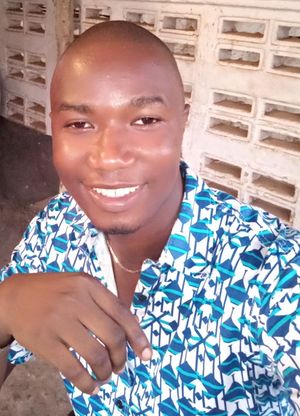 Born by Christian parents he was name Emmanuel in honor of the birthday of Jesus Christ.

Emmanuel Jongo was raised separated from his parents and raised in his formative years by an American missionary family. Public education is not available in Sierra Leone and therefore a solid education of any kind is also not available.

He was very blessed to receive a quality, private education with the help of his missionary family. By the age of 12, he had determined that if God would allow him, he would somehow ‘pay it forward’.

He attended the Cathedral Boys Primary School in Freetown in 1996 to 1999. Due to unsuitable conditions, he left Freetown for the Province’s and continued in the UBC Primary school, Gondama Upper Banta Chiefdom.

Fortunately for him, he was blessed by American Missionary families who adopted and enrolled him in the junior high school; a new Junior secondary School was opened in Gondama ,where he successfully gained admission as one of the first students in the year 2000 on to 2003. He later proceeded to Christ the King College in Bo , Southern Province from 2004 to 2006. While in BO, he intended to join the Africa Information Technology Holding LTD and attained Diploma in Computer Science.

In 2010, he proceeded to the Republic of Liberia and worked with a nonprofit called DAPI organization for a year six months as their (Program manager).

He also joined the West Africa Telecom (WAT) and worked as Marketing Manager for eight Months.

Through God’s inspiration, he decided to join the Divine Faith International Ministry, by the Red Light section in Liberia. Through his hard work, he was given the position of the International Coordinator (DFIM) for two years.

But in order to achieve his goal, he finally planned to return to Sierra Leone and start his own ministry, which was first named as HELP THE NEEDY BY FAITH in 2017 and later rename as HOPE RAINS FOUNDATION-SL when he and Apostle David Anderson met in 2019.

Presently Emmanuel Jongo is the CEO and Co-founder of HRF-SL also the Sierra Leone Ambassador for Red Gone White Church.